Franklin Caesar Breeveld(Paramaribo/Netherlands) earned his stripes since the early ninties in the lineup of heavyweights in the Dutch Caribbean jazz scene like Franky Douglas, Ronald Snijders,Surinam music ensemble, Fra Fra sound and Fra Fra big band.and the West African group Ifan Bondi. He siezed the opportunity to develope his own particular sound and performed at various national and international stages and venues. All these experiences and different styles joined together and this culiminated in 2004 in his solo debut CD " A Driven Spirit"

Altough the CD was recieved very well, after some time it remained silent around Franklin Caesar but still he himself was not at all. Expirimenting in different projects and collaborations in recent years he sought new boundaries of creativity.Today he is as far as he takes his new path, in wich he has surrounded himself with musicians who all have a wide range and have played with a variety of Dutch and international artists. But most importantly who are pussing and challenging themself to explore new boundaries and possibilities within music.

He Can be described as an adventures musician with agreat sound and in depth of playing a solid basis for A GRIPPING MUSICAL CONCEPT OF DRIVING RHYTHIMS AND AN ALWAYS PRESENT SOLID GROOVE THAT MAKES THE MUSIC TO PIERCE IN EVERY FIBRE OF YOUR BODY. AN EXPERIENCE THAT YOU WON'T SOON FORGET. 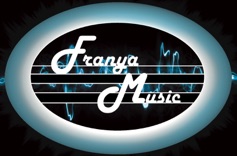